On Tuesday, December 11, 2018, at the Diachroniko (Diachronous) Museum of Larissa, the Infoday on “Digital cultural heritage management and digital skills for museum professionals” took place with great success. The Infoday was organized by the DAISSy research group of the Hellenic Open University, with the support of the Ephorate of Antiquities of Larissa, the Deputy Mayor of Culture and Sciences of the Municipality of Larissa, the “Hippocrates in Larissa” Association and the “Larissa – Learning City” initiative, with the support of European project Mu.SA.

Project Mu.SA – Museum Sector Alliance (http://www.project-musa.eu/) is funded by the Erasmus+ / Sector Skills Alliance programme and coordinated by the DAISSy Research Group of HOU. The purpose of the Mu.SA project is to fill the gap between formal education and the labor market that has arisen due to the ever-increasing adoption of Information and Communication Technologies into the museums and the subsequent emergence of new specialties. With the aim of enhancing the digital skills of museum and cultural professionals, targeted training actions, including a MOOC, four hybrid training seminars and internships, were designed and implemented within the project. The certification is based on the European Skills Frameworks DigComp and European eCompetences Framework (e-CF).

Dr. Achilles Kameas, Professor of HOU, Director of DAISSy research group and Scientific Coordinator of Mu.SA project opened the Infoday. Brief welcome speeches were given by Mrs. Stavroula Sdrolia, Head of the Ephorate of Antiquities of Larissa and Director of the Diachroniko Museum of Larissa, Mr. Panos Sapkas, Deputy Mayor of Culture and Sciences of the Municipality of Larissa and the Director of Secondary Education of Larissa, Mr. Ioannis Kapsalis.

The first part of the Infoday included the presentation by HOU Professor Mr. Achilles Kameas of the Mu.SA project and other European projects in which the DAISSy research group participates as coordinator or partner. Among them, Prof. Kameas presented extensively the LinguaCuisine project, as a good practice for training young and elderly people in linguistic and digital skills, while having fun at the same time. He detailed the training and certification methodology and presented the authoring and social tools developed in the project, inviting the attendants to register in the platform.

In conclusion, the Infoday has been a major success, attracting more than 80 participants, and has also gained considerable visibility in local media. The event was attended by museum professionals, students and graduates of cultural studies programs, scientists, researchers, teachers as well as employees of the Ephorates of Antiquities of Larissa, Trikala, Karditsa and Magnesia. Perhaps for the first time, representatives from all four Ephorates participated simultaneously at an event about new technologies in museums and the development of the relevant skills by their employees. The participants had the opportunity to exchange ideas and practices on the professional and organizational development of cultural organizations and their link with education, to discuss the benefits of relevant actions and the obstacles they face, and to create synergies to address of them. 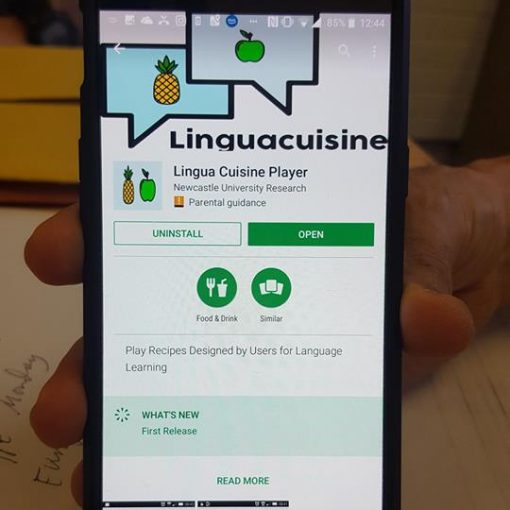 Great news – our app is now available through Google Play! Search for ‘Linguacuisine’ to download it! 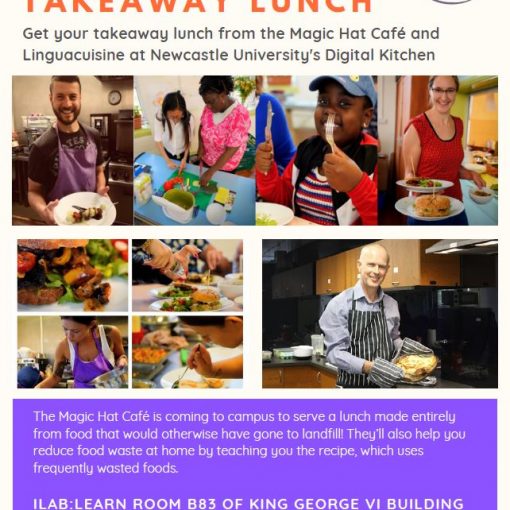 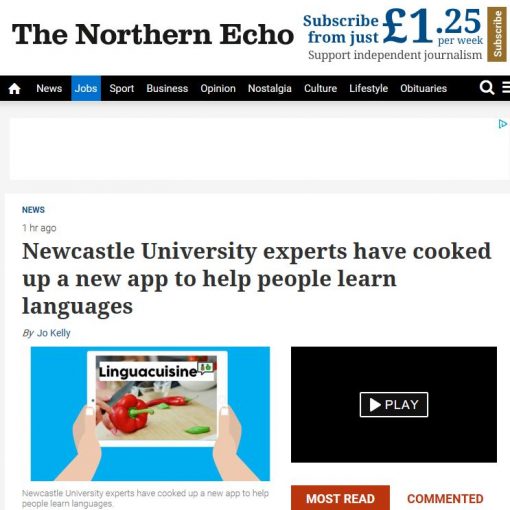 Very pleased that The Northern Echo newspaper has shared news of our project: http://www.thenorthernecho.co.uk/news/16396746.newcastle-university-experts-have-cooked-up-a-new-app-to-help-people-learn-languages/ 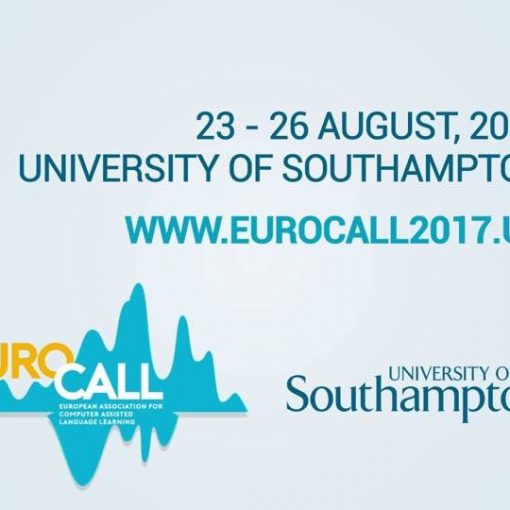 Session 1A at the EUROCALL 2017 conference at the University of Southampton was devoted to LINGUACUISINE: An App for Learning European Languages and […]